The most trending plants for your interior

Indoor plants, like any interior accessory, are also subject to fashion trends. What is relevant now? No, these are not orchids, violets and geraniums — they became bad manners a few seasons ago. Unpretentious exotic plants of large sizes are in trend now. Combined with stylish pots and planters, they transform the space into a jungle in the middle of the city, covering owners with huge, fleshy leaves.

Do not forget that plants purify and oxygenate the air. Some specimens even know how to filter harmful substances. And also, contemplation and caring for plants soothe and tune in to a comfortable pastime.

What plants should settle in our homes in the very near future? 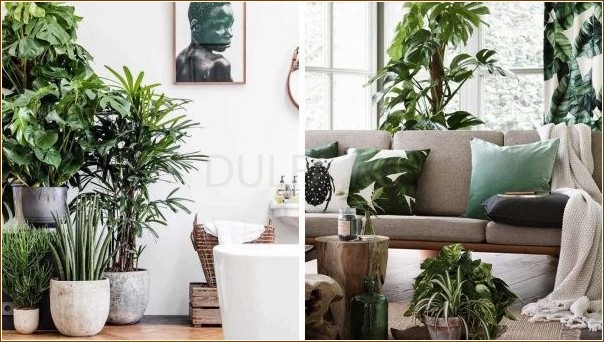 Botanically speaking, pilea is related to common nettle. World designers noticed her a couple of years ago, and since then she tops the lists of the most popular plants in the interior. Pilea looks unusual due to its large, round leaves. Unpretentious in care, does not require a lot of sun and constant watering. According to popular wisdom, it attracts good luck and material wealth to the house. 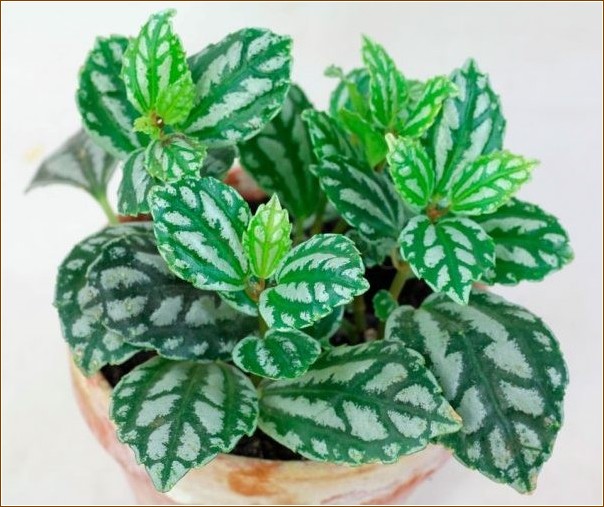 Ficuses are timeless plants that include a wide variety of varieties and hybrids. They were appreciated by designers and ordinary people many years ago. Since then, plants have consistently hit the trend lists thanks to their amazing vitality and adaptability. 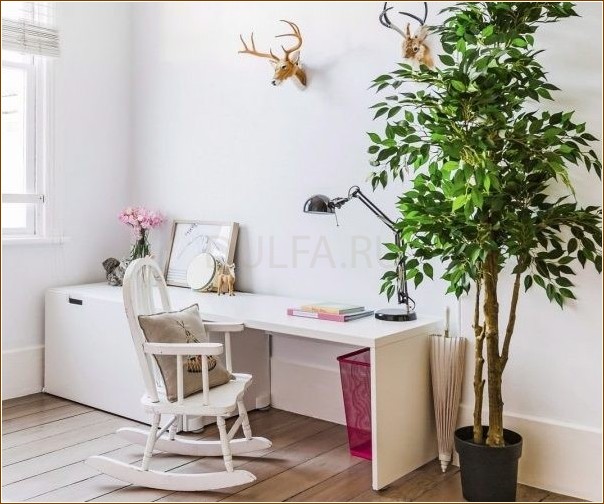 The most relevant plant among designers and the most beloved among illustrators. The image of the monstera can be found in all kinds of forms on fabrics, wallpaper, posters, notebooks and household items. One of the most useful plants in the house — it absorbs carbon dioxide at night, unlike other flowers and does it about ten times more efficiently than competitors. A beautiful and very valuable plant.

A favorite of many indoor plant lovers. It will decorate the interior with its variegated leaves and at the same time purify the air in the room. Mother-in-law's tongue not only absorbs carbon dioxide, but also copes with many toxins, carcinogens, benzene and trichlorethylene.

Large fleshy leaves accumulate moisture well, so not only fashionable minimalists will make friends with him, but also constant forgetful of watering green pets. 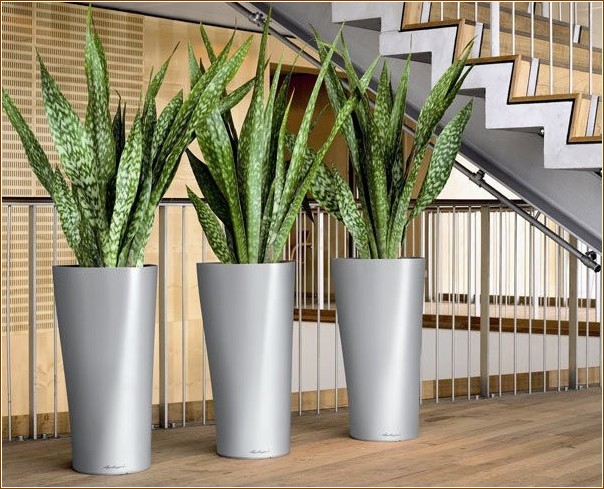 The plant quickly fell in love with designers, due to its unpretentiousness, coupled with unusually variegated beautiful leaves. Calathea will become a stylish accent of any interior. You just need to remember to sometimes water and spray it from a spray bottle. 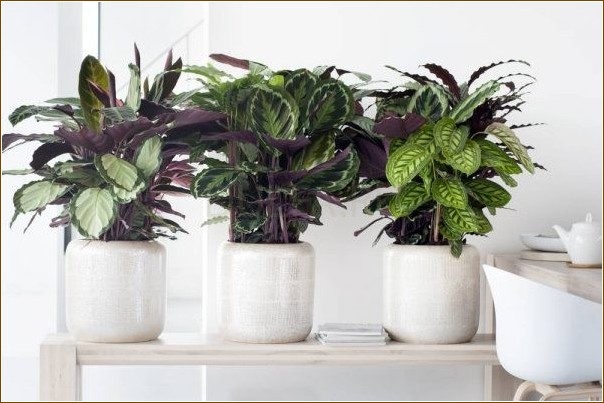 The fashion for tiny cacti in glasses and other small containers has passed, but the love for unpretentious thorns has not gone away. As before, they are the best friends of negligent owners and designers of all stripes. Large specimens in simple ginger clay pots perfectly complement the coziness of boho and Scandinavian style. 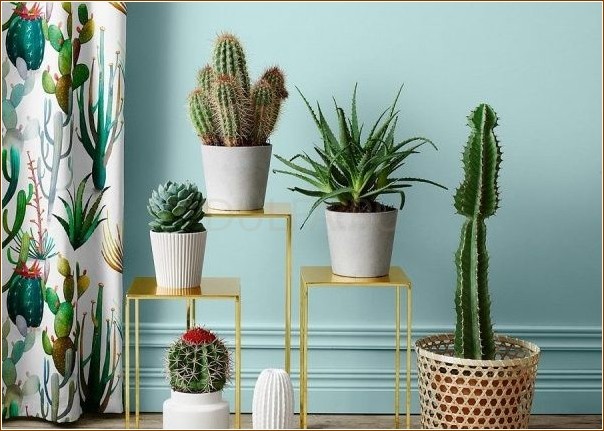 Far from the most familiar plant in the interior. Gives the room a sophisticated and luxurious look. Thick juicy leaves refresh the appearance of the room well. Fern is a demanding plant, it must be sprayed frequently with a spray bottle and sometimes bathing. Not the best choice for dry air rooms. 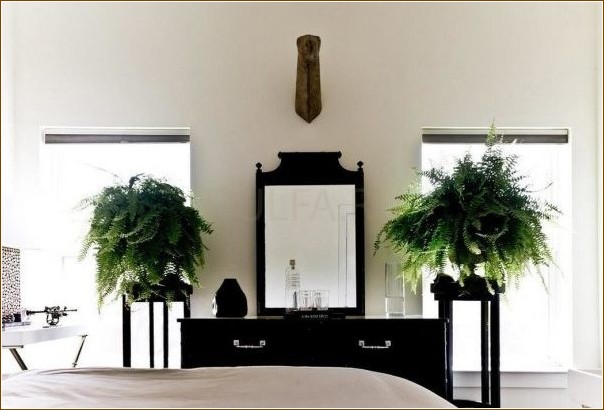 The most exotic and tallest plant from the selection. Its growth can reach four meters and huge fleshy leaves will spread out about the same amount. Putting a banana tree indoors is a bold and extravagant act. Unfortunately, the plant won't survive long in rooms with low ceilings and small windows. 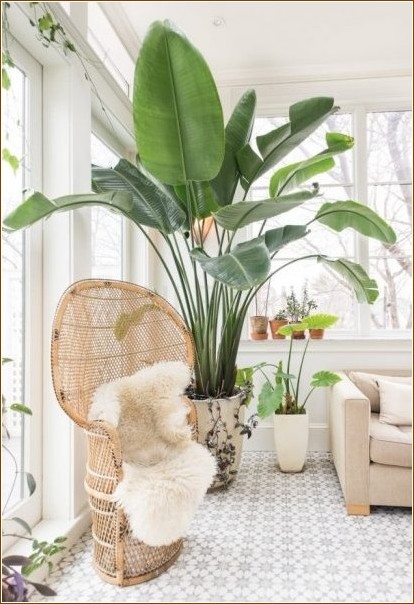 12 most beautiful and unpretentious indoor plants that will make your home more comfortable! 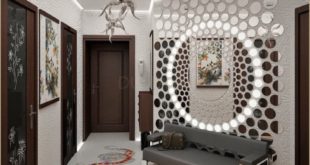 Mirrors in the interior of the apartment 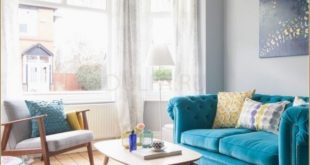 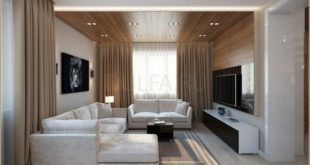 Everything you need to know about living room interior 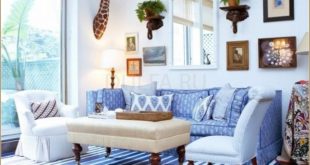 The desire for something new is inherent in human nature. But there are not always …